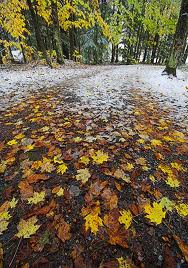 Yesterday I was out cutting wood with my new electric chain saw when we got the first snow. The black clouds whipped overhead and the cover blew off the chicken house and the flurry drove down from that middle distance in the northwest sky.
The chain saw was working well, just as well as the gas-powered saws which have bedeviled me through the years. The guys at the saw shop always blame the ethanol in the gasoline. I finally decided to try an electric chain saw and so far so good. It runs quietly, dependably, and I can cut it off and rearrange the logs without fear that it will flood when I go to crank it up again. Internal combustion is on the way out, I hope, and not a moment too soon.
Last night the lights were on at the Peak. They have been for about a week; with cold enough nights to power up the snow-blowing guns, they've been busy, running the shifts of groomers from dusk to dawn. It looks like winter is here. What would the ski resorts do without snow-making? They are increasingly reliant on it to get in a full season of skiing. Life goes on, and it is good, without a doubt.
But anybody that has any doubts about the seriousness of the global warming threat ahead of our children should read the latest NY Times story on the melting of the Arctic. It is an even-handed, sober, scientific appraisal of the adaptations we will have to make to sea levels rising by the end of this century. Goodbye coastlines, in all probability. Futuristic scare tactics on the part of evil scientists intent on illicit fund-raising it is not. A reality check and a sober reminder of how derelict we have been, is what it is. Meanwhile, Obama is playing hoops. Good for him. Nero had a fiddle. We can always build seawalls around Manhattan to protect Wall Street and on the outer banks of the Chesapeake Delta to save that White House basketball court, but what about Bangladesh and Cairo and Indonesia? Those people will be relocating to a shelter near you Jim Boehner, and you, Sarah Palin, won't be seeing Russia from your kitchen because it's going to be under water.
Someone should declare this coming year, 2011, the year of climate change awareness. Maybe I will. People in Washington will be too busy doing the important things, like making sure they win reelection in two years, never mind the long view. That democracy thing, the free market? Doesn't seem to be working for us, I'm afraid. I love what George Carlin used to say about choices. We have two thousand brands of interchangeable toilet paper, but politics? We'll be looking and listening to Tweedle-Dumb and Tweedle-Dee, with only a short time to turn things around and get carbon in the atmosphere down to manageable levels.  On all fronts we could use some immediate action, from the cars we drive to the homes we build and live in to the electricity we rely on to run civilization. We'll be lucky if we get anything but more hot air from our leaders in the foreseeable future.
Posted by Unknown at 5:01 PM No comments:

The End of Ordinary Time 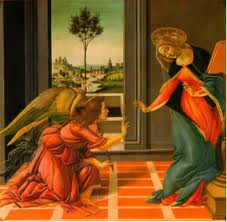 It's the end of Ordinary time as we enter the season of Advent. The liturgical calendar mirrors a seasonal truth, as the last of the fall gives way to the deeper mysteries and introspection of winter time. By focusing on the calendar and its meaning, it's easier to escape the despair of wondering where it is all pointing, which for everyone is death. We all have a healthy dose of neurotic ganglia firing away at the base of our brains, a clock ticking away, instilled by our genes, our parents and by life experience. And the urgency in some becomes a full blown life crisis, when the realization is lost that there is a deeper meaning to the days.

Markets are driven by the ordinary neurosis and fear of masses of people acting as a herd, running from death. Then nations declare bankruptcy, unable to pay for the long party years of the boom when the bubble finally bursts. Who gets left holding the bag? Not the robber barons who fed the orgy of bad loans and junk bonds. The old, the infirm, the unemployed, people at the bottom of the pile are the ones who get hurt when governments decide to shut down services.
Certainly if the Republicans get their way there will be cuts. Perhaps it's inevitable, but it's not fair. And the irony is that experts say cuts in spending will not be enough to reduce the deficit if the economy fails to recover. Yes, we should pay as we go. I agree with the Tea Party on that.  Call me a Clintonian deficit hawk, but at this point our roof is leaking and we need to pay to get it fixed to avoid worse rot down the road. Let's see if the Republicans will be intelligent and humane or will they stand on their principles and pay the price at the next election. It is amazing how they seem to be prepared to shut down all good governance, including foreign treaties such as the Nuclear Non-Proliferation agreement with Russia, in the hopes of winning at the next election. I think despondency on the part of progressives is uncalled for, particularly when you look at the demographics of the last vote, old, rich and white. Democrats need to stop despairing and get Obama on message starting now. Yes, a remake of the message is needed, but not a cave-in on the main points. What are the main points? I don't honestly know. For me, right now it's about giving thanks to God and concentrating on the deeper meaning in the days. Maybe that's what goes for our country, too.
Posted by Unknown at 11:57 PM No comments:

The Recession - Coming to Our Senses 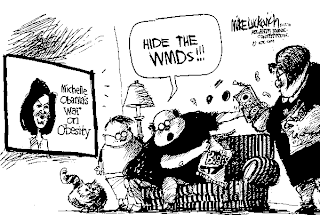 Much has been written about the whipsawed American public, veering sharply in election cycles between left and right with no apparent logic except an angry need to punish those in power. But this might be an illusion, and clarity could come with the shift in perspective afforded by time. One possible link is the salutary effect that hardship brings. You could say that both Obama's election victory and the right-wing landslide of the recent midterms are both an expression of the desire of the Amerian people for a return to sanity, a revolt against the excesses and extravagances of the Gilded Age of the last twenty years that has produced such frightening economic and social results.
When the bubbles burst in the technology and housing markets, and there was nothing left to prop up the illusion of American exceptionalism, there was only one thing to do - go back to the basics. You could see this around here when people started giving guilty looks at the gasoline stations as they filled up their Suburbans, burnt up not only by the amount of money they were paying for gas, but also by the air of social opprobrium which had reached a critical mass. You can see it today by the trend towards smaller houses, with last year being the first in ten years that average sizes shrank. You can see it in the hankering for fiscal responsibility on the part of government, a desire to move away from the pork barrel spending that characterized our democracy. As long as the grease was there, everyone was happy, but now, with the piper in sight, we need to see what else binds us together besides government largesse and cheap Walmart goods. It's true that by standing against the stimulus package and government spending, Republicans risk exacerbating the economy, but in some holistic, old-fashioned medicine kind of way, maybe that's what we need, a long period of hardship to harden us again and set us back on the right path.
And we could stand to lose some weight, as could the rest of the world hurrying to catch up to us in creature comforts and easy-living lifestyles, apparently.  The economic costs of obesity related ailments in the United States alone are now the equivalent of a recessionary dip every year, $150 billion. Will the recession start to turn this around? Doubtful, unless we make it a policy to make healthy food affordable. As it is, junk in, pounds on, and everyone is happy. The good stuff, nutrient dense and chemical free, is only available in the kind of trendy markets that most people can't shop at for reasons of pocketbook and transportation access. Just another symptom of the lunacy brought about in the age of runaway growth.
Posted by Unknown at 3:12 PM No comments: 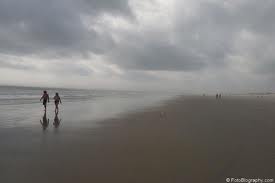 An empty, wind-swept beach, a yellow kite dipping and spiraling above the breakers, soccer ball kicking down the sand, the kids running on the tidal flats, their distant yells barely audible above the surf. The deal today was we were going to do something together as a family. It takes awhile, but eventually something clicks and everyone is pulling together. Taken up by the wind, the immensity of sky and ocean, the personality distinctions melt away and it's just fun. Family dynamics are kind of like water, finding their level. An empty, windy beach is a good place to do the trick.
Yesterday was busy, running up to the farm in the Quaker district with Michael, piling bales twenty at a time in the trailer, multiple trips, stacking them neatly in the sheep barn at home.
Live for today, all the books will say so.
The two elderly brothers in the door of the old barn, hundreds of bales in the dark cavernous space behind them, handing them down to us in the trailer, their eyes still bright despite the years, looking out at the 600 acres of fields and woods, typical New Hampshire operation with the maple sugar lines along the road and elk in the corral, diversifying. It makes you resolve to something, the flickering light in their eyes and the crinkly, leathery smiles. Don't know what, but something. Some day it's going to click and flow like water, effortless.
Posted by Unknown at 8:14 PM No comments: