How to Hope and Change 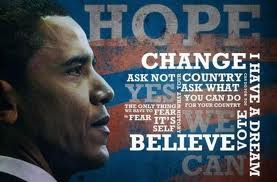 Obama's inaugural speech got me hoping for a minute we were going somewhere. Invoking clarion calls for "we, the people" to rise up and demand greater freedom and equality at home and abroad and secure a future free from the worst ravages of climate change, Obama was singing that hope and change tune, and despite deeply entrenched cynicism about what to expect in a second term presidency, I want to say "Yes, we can." But can we? Clinton in his second term was hamstrung by his impeachment trials, and not even having Al Gore as his vice-president moved him to any positive action on, say, global warming. Obama, thank God, has no skeletons in the closet that the Republicans will latch onto like Clinton's Lewinsky affair, but the truth is executive power is limited under the Constitution, and it seems Republicans feel little pressure to work with a Democratic president intent on a progressive program for rebuilding the country. They feel in the short term that blowing it all up benefits them more than it hurts them. After all, how much lower can their approval ratings go? So, given the imperiled state of our nation, what other recourse do we have but get back in the saddle and start working to defeat the obstructionists in 2014?

It starts with a groundswell. The people have to hear the ringing of the bell. We can't let the next four years be drowned in a slow trickle of deficit and budget battles. Pick an issue and stick with it through thick and thin, preferably something long term that cuts against the grain of looking no further than the next quarterly accounting. Talk it up. Spread the word with postings on social media and cafeteria encounters with total strangers. Make it seem "normal" to expect change for the better and to hold our leaders accountable to lead, not sit in Washington and calculate how to hold on to the reins of power by doing as little as possible.
Posted by Unknown at 8:53 AM No comments:

This weekend events will highlight two Americas who cohabit in a state of mutual, smoldering conflict, like an unhappy marriage, and a third America of creative destruction arising out of the ashes of its parent's culture wars. In Washington Sunday, Democrats will hold a lavish, corporate sponsored bash in the time honored tradition of second inaugurations. Obama will party hardy, making peace with the way business gets done in the capital of squeaky-wheel America, but in the process putting the kibosh to hope and change as a rhetorical flourish.
Earlier today, gun-loving, camouflage wearing so-called "patriots" marched on state capitols across the country to show their disfavor with the president's forthcoming gun-control measures. Riding tractors and brandishing their machine guns, they came to make war, not peace, at least by waving signs and looking fierce.
Both of these weekend entertainments are more about style, tribal affiliation and cultural alignment than substance. Both events feature a fair share of over-the-hill types flaunting their prowess and waving things around in inappropriate ways. And both Obama's inauguration and the gun rallies will be followed by a day honoring a man whose sacrifice and commitment to non-violent principles makes us all pull up our socks and try a little harder to live up to our best lights.
The interesting development is the celebration this weekend also marking the advent of a third America, a young person's America that is in the process of upending the first two. This tribe had a first anniversary, a year since wide-spread internet protests shut down an effort in Congress to pass bills protecting against copyright infringements in January 2012. Proponents of internet freedom now have their own cultural icon as well in the figure of Adam Swartz, who committed suicide this week while facing prosecution for illegally downloading and sharing files owned by MIT on the internet. The views Swartz and other internet activists espouse are controversial and go to the heart of assumptions about what human nature consists of. So do the principles of non-violent resistance. But a distrust of government motives is something this new wave group has in common with conspiracy mad NRA supporters. Is there a political realignment in our future? Keep tuned for which way the wind blows.
Posted by Unknown at 11:46 PM No comments:

Climate Change Warning from the USGCRP 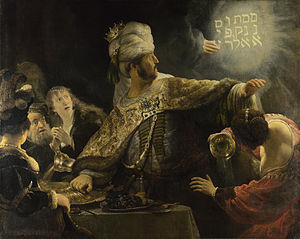 We live in strange times. Interconnected, hyper-wired, the global village is real; the power at our fingertips gives us the illusion of super-human prowess, whether we live in a village in Malawi or a skyscraper in New York. At the same time, we are battered by an ever-increasing barrage of natural disasters as if the planet was fighting to put us in our place. There is a disconnect, or some strange feedback mechanism, between the increasing technological prowess that we all benefit from and the growing instability of the natural processes we depend on for our survival. Sometimes I feel like a citizen of the empire in the last waning days of its reign, deluded and anesthetized by the comforts the empire has gained and powerless to do anything while barbarian hordes ravage the land. This week we received one more message written by a hand on the wall, one more mysterious missive from the beyond, one more prophetic warning that our days are numbered. But unlike King Nebuchadnezzar, we don't need a Daniel to decipher its meaning. Instead of Mene, Mene Tekel Parsin, we get the latest report of the United States Global Change Research Program's Climate Assessment. The USGCRP began as a presidential initiative under Bush pere, but was largely silenced during the years of his son's administration. In their latest report, released this week, the research body concludes that the spate of natural disasters, floods, droughts, super-storms, etc,  we have seen in the last few years are unequivocally a result of human induced climate change and warns of much worse to come in the near future. The key takeaway for me, though is this paragraph:


As climate change and its impacts are becoming more prevalent, Americans face choices. As a result of past emissions of heat-trapping gases, some amount of additional climate change and related impacts is now unavoidable. This is due to the long-lived nature of many of these gases,the amount of heat absorbed and retained by the oceans, and other responses within the climate system. However, beyond the next few decades, the amount of climate change will still largely be determined by choices society makes about emissions. Lower emissions mean less future warming and less severe impacts; higher emissions would mean more warming and more severe impacts.

We have a choice. We do something about it or not. The mass of ignorant people, plus the people who will throw up their hands in despair and call it quits, means that it's even more imperative for those who do have enough conscious will to organize and clamor for a way out.

Posted by Unknown at 7:19 PM No comments:

It's Good for Us - Diversity in the Halls of Congress 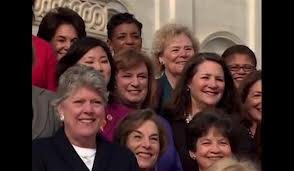 New beginnings fill us with great hopes, and so it is with the incoming 113th Congress, sworn in on Thursday this week. The new legislators in both the House and Senate include 101 women, the first Hindu representative, the first Buddhist, the first openly gay woman elected to the Senate, the first black Senator from the South since Reconstruction, and for the first time ever, the majority of Democratic Representatives in the House are not white.  Many laud this new peak in ethnic, gender and religious diversity as heralding a renovation of the democratic spirit in the country and look forward to a fresh start to politics inside our capitol. However, the first bill introduced in the 113th Congress, by Rep. Michelle Bachmann, was a bill to repeal Obamacare, marking hardly a shift in tactics by the far right. But in the long term, the new membership, not tied to the ideological battles of yesterday, is sure to look at polls showing popular support sinking like a stone for the legislative branch of the government, with 69 percent of the public now sharing an unfavorable rating for the work of their elected officials. Let's hope that the new diversity in the halls of Congress translates to an open-minded ability to improvise and work together to find solutions to the common problems facing us.  Tops on any wish list for renovating reformers has to be a change in the filibuster rules to prevent the gridlock that the filibuster process has enabled for too long. But the most important procedural reform in my humble opinion is to move the entire electoral process to publicly funded campaigns. It will put telemarketers out of business,  but make me less likely to have outbursts of phone fundraising rage on otherwise quiet, post-election Saturday afternoons. Sorry, Democratic Congress Campaign Committee guy on the phone today. I didn't mean to go off on you like that. And I know the Koch brothers are truly evil. But I'm tapped out and will be for the foreseeable future. If Michelle Bachmann and the remnants of the Tea Party aren't enough to sink the GOP in 2014, then my dime is probably worthless anyway.