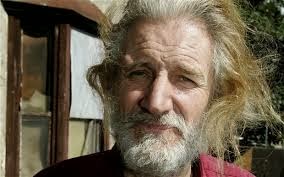 
The  rush hour traffic was growing menacing and  threatening to  whip out of control. Soon Schneider would be home, but still he  cursed and made faces at the cars,  hoping  indignation would keep away misfortune.

Anthony Caplan's latest novel, Savior, will be published April 18, 2014, on Amazon's Kindle by Harvard Square Editions. Read a sample on his website at: http://www.anthonycaplanwrites.com/savior

Posted by Unknown at 9:29 PM No comments:

Is Social Media a Waste of Time? 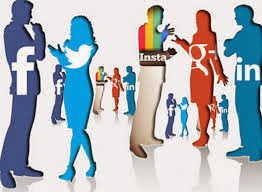 Social media is mostly a waste of time. Okay? That's a given. Like the name implies, it's about social, so don't look for maximum efficiency or optimizing output or gaining knowledge or insight or wisdom or anything of the sort. It's about hanging out in the virtual realm and feeling connected by a shared investment of time and energy. If you don't have time or energy, and who does really, then you shouldn't be wasting it with social media. And just as you were getting comfortable, (or tired of) Facebook, comes news of its imminent demise. Teenagers are dropping it in droves, and, if they are anything like mine, picking up instead with something that beats even Twitter for innocuous seeming, ego-inflaming inanity, Snapchat, which allows them basically to send smart-phone self-portraits a la wacky celebrities to each other with commentary that pushes the envelope for meaningless.
But once in a while I get a share on Facebook that makes me sit up and smile in self-recognition, or I see photos of the children of a friend I knew way back in the day and I think, wow how time has passed and I click like or I write a comment showing, I hope, my continued allegiance to a bond that would otherwise exist only in my head. Is that valuable? Enough to keep share prices of Facebook at a decent level, methinks. Yes, it's strange times we live in, when our validation as social beings comes in such a diluted, vacuous medium. But, is it really so strange? Why do people paint, or create stories, or design stuff to hang on the end of their noses? Most of the time it's a waste of time, but in the aggregate it creates a culture that moves us forward and keeps us busy and even might teach us a thing or two once in a great while, maybe every ten to fifteen years.
Basically, and this is probably not apparent because I'm pretty decent at this,  I'm trying to convince myself that writing this blog is a worthwhile endeavor. Who am I pleasing with this, is there anyone edified by my occasionally witty (but mostly witless) rants? I don't know. But it's what we do.
Knowledge alert -- I'm reading The Singularity is Near by Ray Kurzweil in which he argues that the slow pace of cultural change will be forever a thing of the past once our brains are enhanced by computer aided implants or AI which will change us irrevocably because the artificial intelligence will be able to improve and redesign itself at an ever accelerating rate until ultimately we infuse the entire Universe with our intelligence. Probably by 2100. Okay that is probably a horrible paraphrase, but I'm trying to understand this important work with my puny human brain and my so-antiquated system of words and human language and messy Neanderthal intuitions.
I have mixed feelings about this model of how we leave ourselves behind, but do I see it coming to pass? Oh boy do I. Just look at how willing we are to inhabit a virtual realm and how it seems to be okay by us as we drop ordinary, face-to-face human contact. And yet, and yet. Perhaps we will be saved by our shared penchant for time wasting and doing silly things like send silly photographs of ourselves and our cats to people we hardly know anymore. We seem to enjoy the sheer entropy of the social sphere. I don't know. I want to talk to somebody about this book and how it's changed my life. I bet there's a forum on Goodreads.

Posted by Unknown at 8:28 AM No comments:

As If Resilience is a Muscle 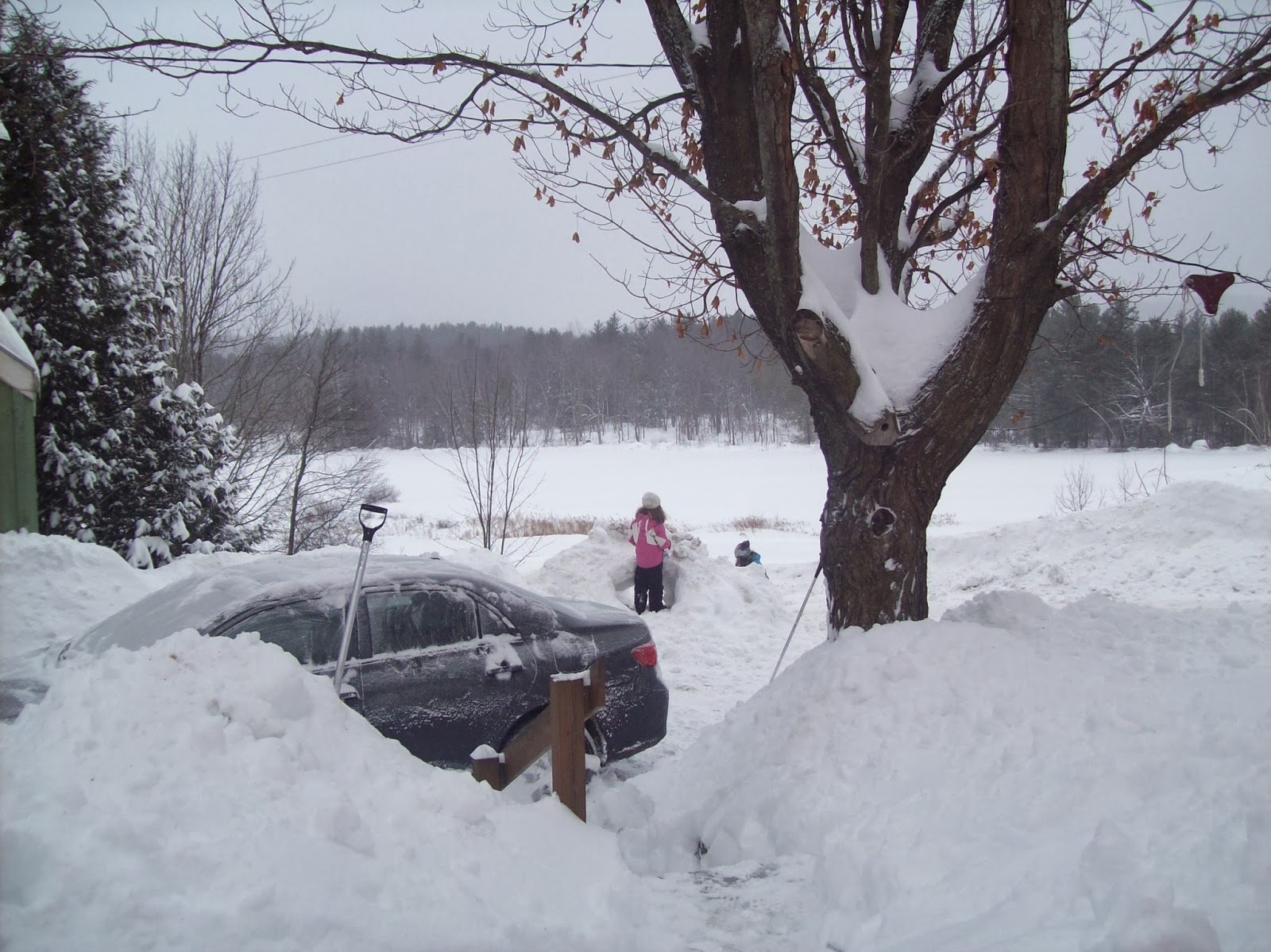 I took some time off from the blog over the busy holidays. Sometimes it feels good to not say anything and lay low. There's a perverse sense of satisfaction in keeping that part of the brain quiet, as if silence knows best in the end. Getting back in touch with that sense of finality, the mother of all thought, a very Buddhist kind of place beyond the contradictions, the choices, all the issues we deal with on a daily basis.
Now that we're through the Christmas season, we're in a  quieter stretch of the calendar. It has its unique pleasures. Today was one of the ugliest of New England days. Gray wet skies just spitting that slush in a fine mist that the weathermen call a wintry mix and coating every surface with ice, the kind that bends the birch saplings to the ground and scars them for life. Still it was nice. Took the dog for a walk and he had his head up smelling for things over the snowbanks that he couldn't see. Inside the house was crackling warm with the wood fire. A good day to read after the basketball games and the house cleaning, the sheep fed and the chicken shed door freed from its icy clamp.
It's an in-between season, a time for quiet reflection and gathering strength. I heard an interview with a man, a safety expert on the radio who said we need to formulate a script in our heads for the emergency times, the lockdowns, the unimaginable scenarios we prefer not to think about. As if resilience itself is a muscle that we need to exercise. I tend to think we will be fine. I have a sense that in this quiet time, family time, reflecting on the good things and keeping a still focus, there is exercise and preparation enough for any bad times if indeed they are coming. I hope we are more like maples and less like birch. The ice storms will not break us. They haven't yet.

Posted by Unknown at 9:47 PM No comments: