Where's the Revolution? Who are the Class Warriors?

Reading the news it's uncanny to see how the winds of change wash back up on these shores. We create a social network, and despots fall. Future historians will have a job trying to untangle the weave of influence that is washing across the Middle East. But let's say for argument's sake that the rise of Facebook, coinciding with the Obama presidency, has given a de facto impetus to democratic impulses across the globe in acknowledgement of the continuing power and sway of the American Revolution. It is ironic and somehow fitting that at the same time things are heating up back home, but in reverse, as lawmakers in Wisconsin of the capital D persuasion seek to forestall a democratically elected legislature from implementing reactionary policies that would curtail basic freedoms, some of the bulwarks of American democracy. I'm talking about the hard won rights to collective bargaining that took working men and women many years of struggle to gain, sometimes in the face of oppressive power that would make Gaddafi grimace in recognition. That's where we are in today's America, looking through a glass darkly as state legislatures try to dig out from the wreckage created by a financial corporate elite, nay oligarchy, by reneging on promises to humble teachers and public sector workers, and attempting to gut the remaining power of organized labor. As a public school teacher, I can tell you that the protection of a union, in ensuring all kinds of workplace equity, not just fair wages, is an essential if not the most crucial factor making this a tenable career.  Anybody who would believe that the people who negotiate with teacher's unions have a vested interest in caving in to union demands because they are elected officials, as David Brooks states in his most recent NY Times opinion piece, is not living in my world. On the contrary, teachers make handy scapegoats for all sorts of ills, and are left holding the bag because the rest of the working class has already been gutted.
Republicans like to point to the work of community organizers and union organizers and wave their finger and accuse them of inciting hatred and class warfare as if there were no such thing as class and therefore no reason for organizing beyond the evil attempts at world domination of Marx and Lenin. But with Scott Walker of Wisconsin, it couldn't be clearer that the power grab has already happened and we're just now waking up.
Posted by Unknown at 9:25 PM No comments:

Shout Out For A Little Sunshine 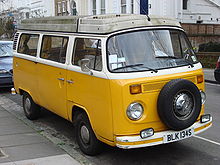 I saw a movie last night which inspired me to write something after a brief hiatus. There was a lot going on in the world, with seismic shifts in the Middle East and super storms and digging out from some of the karmic wreckage which occasionally accumulates in any life, I suppose. But Little Miss Sunshine, a 2006 gem which won an Oscar for best original screenplay that year, lifted me out of the funk I was in. It's about a family, the Hoovers,  on a road trip to California to enter their daughter in a beauty pageant. The family is a take on average dysfunctional America, with a father who has sunk the family's savings into a self-improvement scam he has authored and fervently believes in, a teenage son alienated from humanity, a gay uncle who has just failed at suicide, and a crude, politically incorrect grandfather who snorts heroin. It's a satire on a hyper-competitive society which warps children, adults and families, and it made me laugh in self-recognition. That's the beauty of comedy when it's serious and well-intentioned in that it can treat of close-to-home truths that can be really so painful. It can also strike hammer blows for transcendent truths and this movie does, coming down emphatically on the side of genuine being, as opposed to the artifice of achievement that characterizes our neurotic culture.

A bit of honest disclosure would reveal that just hours before watching the movie, Susan and I had had a long conversation about the appropriate role of youth sports in our family life, with me taking the position that sports teach truths about winning and losing and learning to take a little of both, and Susan coming down on the side of "there's too much competition and not enough time for genuine personal growth in kid's lives." And even though she is undoubtedly right, we are way too competitive and it's way too much about achievements at earlier and earlier ages, I really do believe that in moderation, athletic competition can be a great educational benefit. I guess the key is the word moderation, which when lacking can give horrible results. And in general, moderation is passe. Little Miss Sunshine is about growing and living and coping as a moderate being in an immoderate world. If that describes you and your life, I recommend this movie. Also worth it are great performances by Steve Carrell of The Office as the gay uncle, and Alan Arkin as the crackpot grandfather.
Posted by Unknown at 9:04 AM 1 comment: