Seduced by the Historical Moment 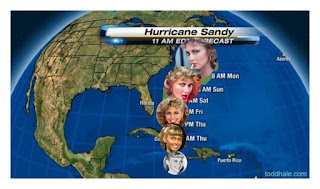 This preparing for calamity is a strange business. I can't get too excited by it. I'm not ready and know I'm not, but don't care. Is anybody else out there feeling the same way? Life will never be the same again, and yet, what's the big deal? I'm not ready to move on. Just writing this, I have no idea what I'm saying. I feel like the people in Pompei moving around their kitchens, tying their shoes, what would they have done differently if there had been a volcano forecast? We've got Hurricane Sandy bearing down and she could have my name punched out on a stub. But probably not. We'll probably bumble through like we always do. A few roof tiles off the house, power out for a week. Been there, done that. Roads washed away. Ho hum. Surviving is what we do. You might say I'm in presidential election funk. Nothing else even comes close to matching the importance, the sway of this personal moment, this appointment with history. That's what comes from living in a swing state. My vote matters. This whole thing matters. There is a difference between the two candidates. At least that's what I tell myself right now. Not even a natural disaster is as important as Obama vs. Romney. This is wrong. I know it. A correction is coming. Talk to me in a few days and I'll have a different opinion. But I'm stuck this morning.
Posted by Unknown at 9:45 AM No comments:

The Hour is at Hand 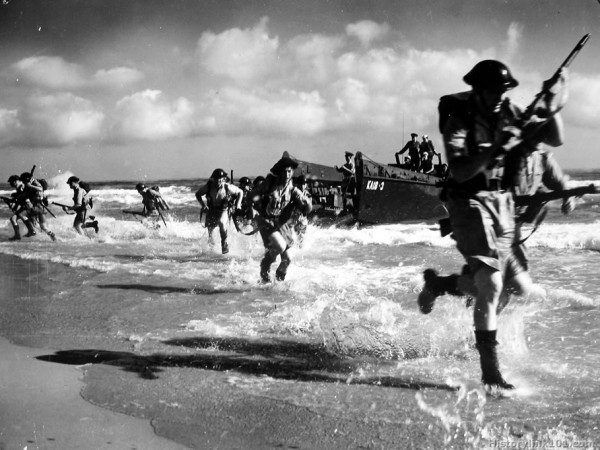 The final debate behind us, the campaigns wind it up for the final stretch to the finish. Polls give the  win in last night's foreign policy debate to Obama, but so far there seems to be little movement in the support for either candidate. Positions are locked in. The few undecided have gone to ground, sick of being harassed by activists from both camps. We had one car pull up yesterday while I was raking leaves in my torn jeans and red plaid farmer's jacker I picked up at the swap shop. It was a Subaru town car with Massachusetts plates. Two older guys about my age, with clipboards. One had a foreign accent, somewhere between French and Eastern European. Both of them very tentative, almost strange, not to say out of place and off-putting. When I expressed my support for Obama, the one with the strange accent looked at me for a long time and then said slowly, Thank you. Thank you, in an unsmiling, unironic voice. As if I had done something grand and important that the larger world would one day be grateful for. Something beyond my station. I said You're welcome and we stared at each other a while longer. I thought to myself, Barack's in trouble if these guys keep going. Maybe I can convince them to turn around and drive home. Don't they have a Concord office? I asked. Yes, but if we don't come, then who will? asked the man with the foreign accent. Then I understood. This was a dangerous brave mission into the hinterland because the hour was at hand. I thought of a term I remembered from my days working with environmental groups. The tyranny of the volunteer. Well-intentioned amateurs who bungle the work, but nobody will stop them because after all, nobody is getting paid to do this. Anyway, eventually they left. Hopefully they drove home before they could turn off many more people with their air of astronauts descending on an alien planet.

But in all seriousness, did you not love the look of Barack in the debate, the intense, exalted focus? Here is a guy who could go into battle no questions asked. No chicken hawk posing, no faux saber rattling. Romney kept it under control, pitching for the female vote this go-around. But he showed his true colors manipulating some meaningless statistics regarding boats in the Navy. Come on, people! This is a guy who will say anything to get a vote. A shyster salesman who trumpets false statistics to spread a sense of panic that our Navy is about to go under because there were more boats in 1916. Imagine if Barack had pulled something like that. It would be all over but the shouting. There is definitely a residual, racial double standard in operation. And the irony is, we have a true warrior in the White House now by the grace of God, not some manicured suit.
Posted by Unknown at 9:16 PM No comments:

Email ThisBlogThis!Share to TwitterShare to FacebookShare to Pinterest
Labels: boats in the Navy, chicken hawks, debates 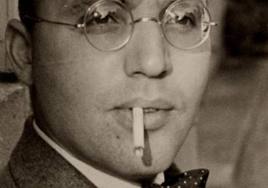 I loved last night's debate. It combined the appeal of hand-to-hand combat with the high stakes of deciding who gets to run the United States for the foreseeable future. Obama came roaring back, yes, but his style as a debater contrasted sharply with Romney, whose verbosity is backed by the bravado of a school bully who knows he is right. I liked both of them; I admired Romney's tenacity and drive, and i appreciated Obama's cool demeanor and lawyerly intellectual swagger, plunging the knife in the appropriate procedural moment. Watching the Twitter feed, the one that stood out for me in the early going was -- #debate @Obama could have gone in for the dunk but takes soft fadeaway jumper.
It seemed to sum up the night.
I think Obama won on points, and the polls seem to back me up, but he still could have been more forceful and convincing in his presentation of where he wants to take us in the next four years. He began to outline a longer term vision in his energy policy, but he needs to spend some more time before the next debate figuring out how to communicate the big picture aside from renewable energy. What kind of society is he aiming for? I mean, wind, solar, what are we talking here? Go big, Barack. Think global, act local. In the third and final foreign policy debate, this is what he wants to be talking about: the United States leading the planet into a sustainable, democratic and vibrant century past the dangerous shoals of climate change and societal disruption. He needs to turn on the well-known rhetorical flourishes and get away from bashing Romney. That's been done already. Not with loud shouts or Biden style heat, but with poise and confidence. The best moment of the debate: Obama telling Romney, "proceed Governor," and Romney pressing him instead on his initial characterization of the Benghazi consulate attack as an act of terrorism, which Romney doubted. But the wager was proved wrong, as the moderator, fact-checking, backed the president up that he'd labeled the attack as terrorism the next day in the Rose Garden. "Can you say that louder, Candy?" Obama called from the bench. Romney, pacing the floor, controlling the territory like an attack dog, looked like he'd been slashed.
Posted by Unknown at 9:21 PM No comments: 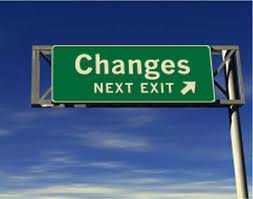 It's raining again on Sunday night, the leaves clogging up the ditches in the runoff. Got back from dinner at friends we haven't seen in ages. Kids are getting older. So are we. Had dinner, wine and stories, catching up with the changes. We've shared the struggle through the years of raising our kids together in our town and keeping heads above water in many more ways than one.
On Saturday coached my daughter's soccer team in a game against a neighboring town. She had a couple of good runs. She's getting stronger, attacking the ball with more confidence as the season progresses. But the coolest thing was at halftime, when I was trying to convince one of the girls she could play defense even though she "hates playing defense" and doesn't "know how to play defense", my daughter grabbed my hand and held it. I wasn't sure whether it was to give me support or to get support herself. Then later in the second half, this same girl asked to be put back in, this time on defense.
I thought you didn't know how to play defense.
It's fun.
Then I went and watched my son play in his game and get three assists. Final score was 6-5. Coach praised the team for their character at the end of the game.  I could hear from my spot against the fence lined up with the motley assortment of parents. It was true. They never gave up against a superior opponent.
This morning I drove down to Dracut Massachusetts to pick up a bicycle for Eve's birthday this week. She was born exactly a month after 9/11. On the way down I picked up two hitchhikers, a brother and sister traveling back home to Connecticut. The sister told me a story about hitchhiking to California as a teenager to visit her other brother stationed in the navy in San Diego. One boy she knew, Christopher Parker, went with her even though she didn't like him much. At one point she got poison oak and covered herself in calamine lotion. She said she was standing out there hitching a ride covered in the calamine lotion, looking like a ghost. She laughed remembering it. Her brother had a tattoo on his face and asked her to be quiet; he wanted to enjoy the silence. She kept asking him if he was nervous. Said she was going with him to keep him out of trouble. They had two coolers and duffel bags and had no idea how they were going to get to Groton, near the sub base. I left them at a Shell station at the intersection of 101 West and 3 South, near Hudson on the Mass border, they could either go west through the Monadnock region and across to 91 south or go south to the Mass Pike. I hope they made it.
Definitely a stop and smell the roses kind of weekend.
Posted by Unknown at 10:41 PM No comments: