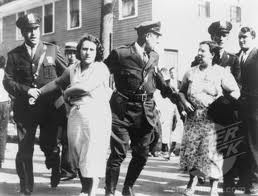 Media attention, fickle as ever, has moved on from the labor movement's struggles in Wisconsin, but the battle has flared here in New Hampshire. The state's legislature, dominated by newly elected Republicans, has made its impact so far with ideologically driven bills so extreme that cooler heads in the state Republican party have managed to squelch most of them before they even get out of committee. Proposals to do away with oppressive state mandated kindergarten, and to remove New Hampshire from the rolls of the regional green house gas initiative that is driving such socialist boondoggles as weatherization for low income housing, among other energy saving measures, have sounded the opening salvos of this wacky Republican agenda. But the one that got away and may come back to haunt the GOP is the amendment tacked on the budget last week without any public hearing or comment, known as the Kurk amendment for its sponsor, Republican state senator Neal Kurk, who is all set now to join the Glenn Beck Hall of Fame along with Scott Warner of Wisconsin. This bill, if passed, will effectively strip public sector employees of any job security and respect by mandating that in the event of failed negotiations, all teachers, policemen, firefighters and other state workers in New Hampshire would lose any due process rights and become "at will" employees, subject to dismissal without cause, stripping of pension and health benefit packages at the employers discretion, barred from collective bargaining, and basically relegated to serf status. Very few fair minded observers could say with a straight face that such a move would have the effect of leveling the negotiating playing field for municipalities, school boards and the state. As it stands now for teachers, when contract negotiations fail, which they often do, particularly because the final say is given to the towns at public meetings to vote in favor of or against the contract, we continue to operate under the protection of the previous contract. This bill would do away with that common sense solution and return us to 19th century working conditions, which, as we are resembling the Gilded Age more and more in our income disparities and bare-fanged, law of the jungle approach to solving social problems, makes some kind of barbaric sense.
Long gone are the days when the "New Hampshire advantage" meant people pulling together to solve budget shortfalls at the state level. This draconian solution of punishing entire segments of the working population with long term harm has all the earmarks of the nationwide robber baron ideology funded and sponsored by the likes of the Koch brothers and others of their ilk.
(Photo - Women textile workers arrested by policemen for picketing the Jackson mill in Nashua, NH, Sept. 7,  1934)
Posted by Unknown at 10:16 PM No comments:

A Pause to Honor the Dead

I hate to fall prey to the ridicule of more enlightened sorts, but I can't help but feel that the Earth is alive and, well, taking action. You can only judge by the lights of your own experience, of course, but how many near misses before we get her hint? An earthquake that shifts the length of day and wobbles us on our axis and a tsunami that kills thousands and nearly causes a meltdown of Chernobyl proportions,  poisoning the Land of the Rising Sun for generations, just might be the cause for some reflection on everyone's part.
This is a moment when concerns for our planetary health have come to the fore. Many would have us believe that nuclear power is integral to our energy future, but there are other choices. Renewable energy: the wind, sun, geothermal and hydro, can provide all of our needs with existing technologies and the necessary upgrades to our grid infrastructure.
Here is a video from the Post Carbon Institute that puts it all into perspective. The take-away is that we will have to live within our means and plan for the future in an intelligent, (ie equitable) manner. As a people, I think we get that, whether Republican or Democrat in basic political disposition.

It will be a struggle, but justice will prevail in the end. It always does. Here is another video I showed Friday in my honors Spanish class. It is based on Neruda's epic poem Nuevo Canto a Stalingrado,  in honor of the Russian heroes of the battle of Stalingrad and the Allied forces and partisans who rose to the rescue of civilization.

Posted by Unknown at 9:14 AM No comments: 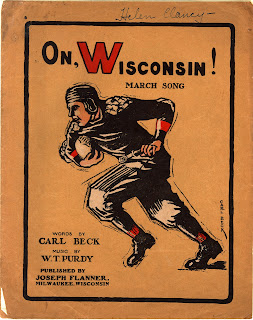 In the wake of the Ash Wednesday ambush on working families, Wisconsin progressives fight on, with a large rally today bringing in farmers from the western part of the state who see the link between teacher's unions and rural economic health. Energized activists also promise a political pushback against the bill outlawing collective bargaining rights for public employees, starting with an election April 5th, where they vow to replace a self-identified conservative judicial activist in favor of an independent on the state's supreme court. With these initial steps, progresssives are harking back to the salad days of Wisconsin Gov. "Fighting Bob" LaFollette and his nation-wide Progressive Party, with its alliance of labor and farmer movements, as they swing into action to mobilize an energized Democratic base.
Many analysts see the Walker bill as a long term boost for those who prefer not to balance the nation's deficits on the backs of working people. They see polls showing Americans in favor of collective bargaining rights, and in favor of teachers, as a sign that the bill may be an example of over-reaching on behalf of right wing ideology that will ultimately come back to haunt the Republicans in the next electoral cycle.
Posted by Unknown at 8:49 AM No comments:

March swept in on clouds of winter storms and sub-zro weather. But winter seems to finally be loosening its grip. Here are some pix of late winter on the farm! 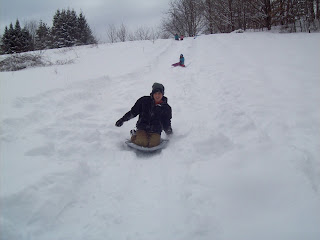 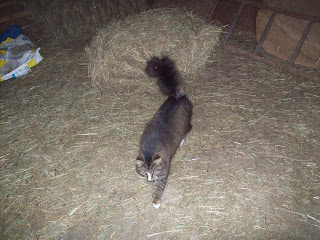 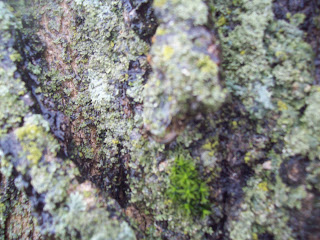 On another tack, some notes on the current turmoil re teacher's unions in Wisconsin. I loved Jon Stewart's sketches contrasting the treatment of corporate excess on outlets like Fox and the argument that state spending needs to be balanced by reining in teacher's salaries and benefits. The jester plays such an important role, speaking truth to power and reminding us of the foibles of the proud. Here is Stewart: