Farm Bulletin: Managing the Wild and Cultivating the Feminine 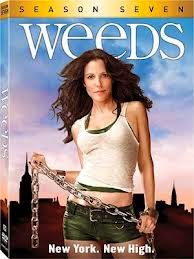 I hoped my posts would stay inside their boundaries, but life is not that neat and we need to give up our illusions of mastery, especially in a male dominated society. I've said it all, now I just need to put it in the context of Farm and Country bulletin number two.

Weeds. Go easy on them. That's my advice in a  nutshell. Or go easy on yourself, because what is the mania for weed obliteration if not a masked male inferiority complex easily manipulated by the forces of Wall Street and Madison Avenue in a gruesome combination. Go easy on the weeds.

In my case, I spent several years eliminating milkweed from the fields, It took a fair amount of aggression and even hatred channeled into long afternoons of walking and hand pulling to get out the plants by the roots. I knew I was giving in to the forces of Madison Avenue and Wall Street in gruesome combination as referenced earlier, but I did not care. I was determined. I wanted green grass and that was it for my sheep. No offending and unsightly presence of the amazingly productive and almost magical flowering and swaying stalks that produce sustenance for the migrating monarch butterfly. Today I regret what I did and wish we had more monarchs. We used to get swarms of them. Maybe they'll come back. Maybe they won't.

Another example staying with the sheep. They are beautiful animals but prey to many including a parasite known as the barber pole worm that is endemic anywhere there  are sheep. I used to dose like crazy several times a year experimenting with combinations of medications, but then i learned the barber pole was developing massive immunity to all the known medications and I stopped trying. I lose less sheep now. Why? I let them graze on the fields that have not been mowed or weeded. When the grass is longer than four inches there is less chance of the sheep ingesting barber pole larvae. As a culture we need to step back from the impulse to dominate nature with our technological prowess and learn a knew approach. Of course I'm not trying to make a living from the land. As soon as you introduce market forces and you need to maximize profits you have to give up on the Tao of farming and it's open warfare a la Colin Powell with massive infusions of capital, technology and hatred for the wild in order to come out ahead. Is that what's happening to us as a society? We need smarter approaches across the board.